In order to achieve a “Landscape Authorization” it is mandatory to draw up a Landscape Report as defined in article 146 of D.Lgs. 42/2004 also known as Code of Cultural and Landscape Property. When an intervention is due in areas with landscape importance (cultural heritage, landscape and environmental goods) it is compulsory to submit to competent Authorities (usually Municipalities delegated by Regions) a Landscape Report, together with projects of the works to be performed. This procedure is aimed at verifying the project compatibility with regard to the landscape thus obtaining the Authorization.
It is not possible to obtain the Authorization as a result of a regularisation when the execution, also partial, of the intervention has already begun. The permission is granted for a period of five years, after which a new authorization is requested.
After a favorable opinion expressed by the Commission for the Architectural and Landscape Heritage, the competent Authority adopts the decision in accordance with the Commission and releases the Landscape Authorization whose validity is immediate.
The documentation required to verify the landscape compatibility of proposed actions is identified by DPCM of December 12, 2005 (ordinary authorization) and by DPR 139/2010 (simplified authorization). The simplified procedure applies to small scale projects involving site alteration or physical change of the constrained property (e.g. building of houses, roads, bridges, etc). 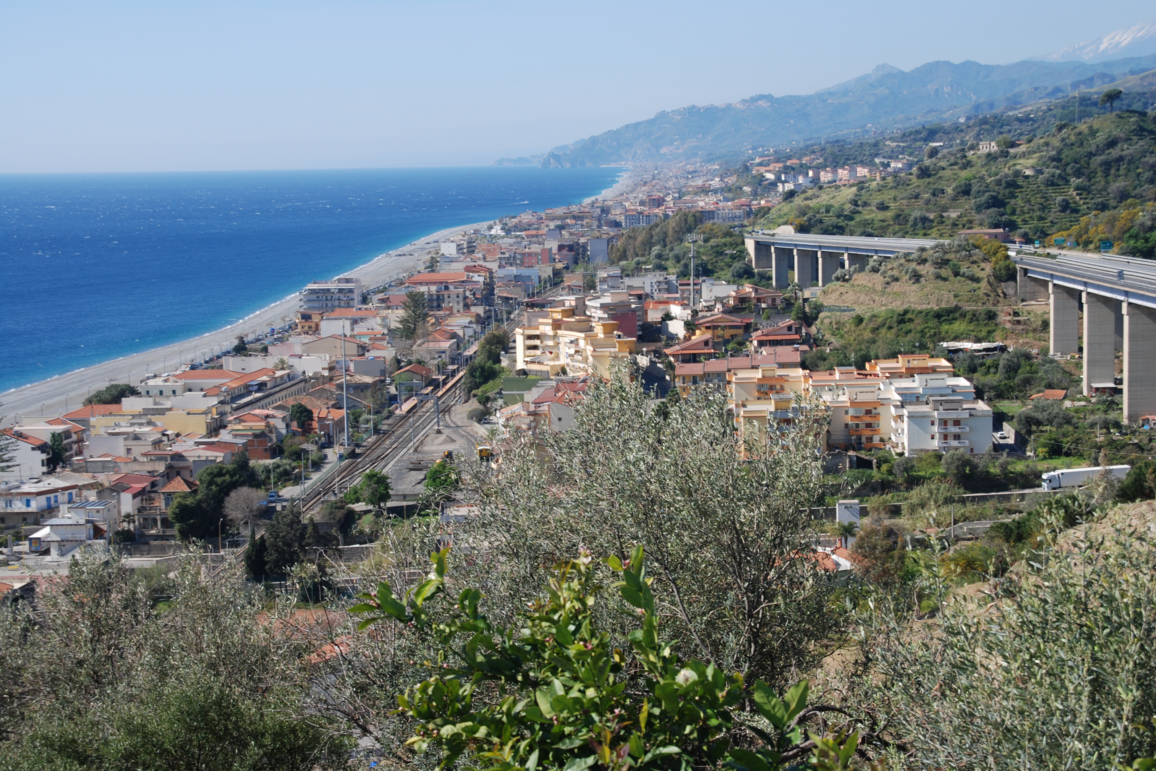 Objectives of the work

In order to obtain an ordinary Landscape Conformity authorization is necessary to be compliant with the instructions of Italian Law of 12/12/2005.
In particular, a Report has to be drafted, containing all necessary elements to verify the landscape compatibility of project, with reference to the contents and the instructions of the Landscape Plan or the Urban plan, with specific consideration of landscape values.
It should independent and be integrated by technical drawings to help justifying and highlighting the quality of the intervention, also including the formal architectural language adopted in the context of the intervention.
The report has also to contain useful information to help to limit or offset the impacts generated by the project. Such information may be of interest concerning purely architectural aspects, such as design elements or furnishings as well as green works.

The goal is to improve the overall landscape quality of the places or to avoid a decrease of the same. The mitigation works can be immediate or realized at a later time, they can also have different capacity of mitigation of negative effects of the intervention: cancellation, reduction, re-qualification.

Mitigations works that are designed to facilitate the integration of new works in the landscape system through the use of green works, can represent real projects of landscaping. These projects play an important role in put in to relation the areas interested by the design of infrastructure with the surrounding spaces, strengthening connections and environmental features. 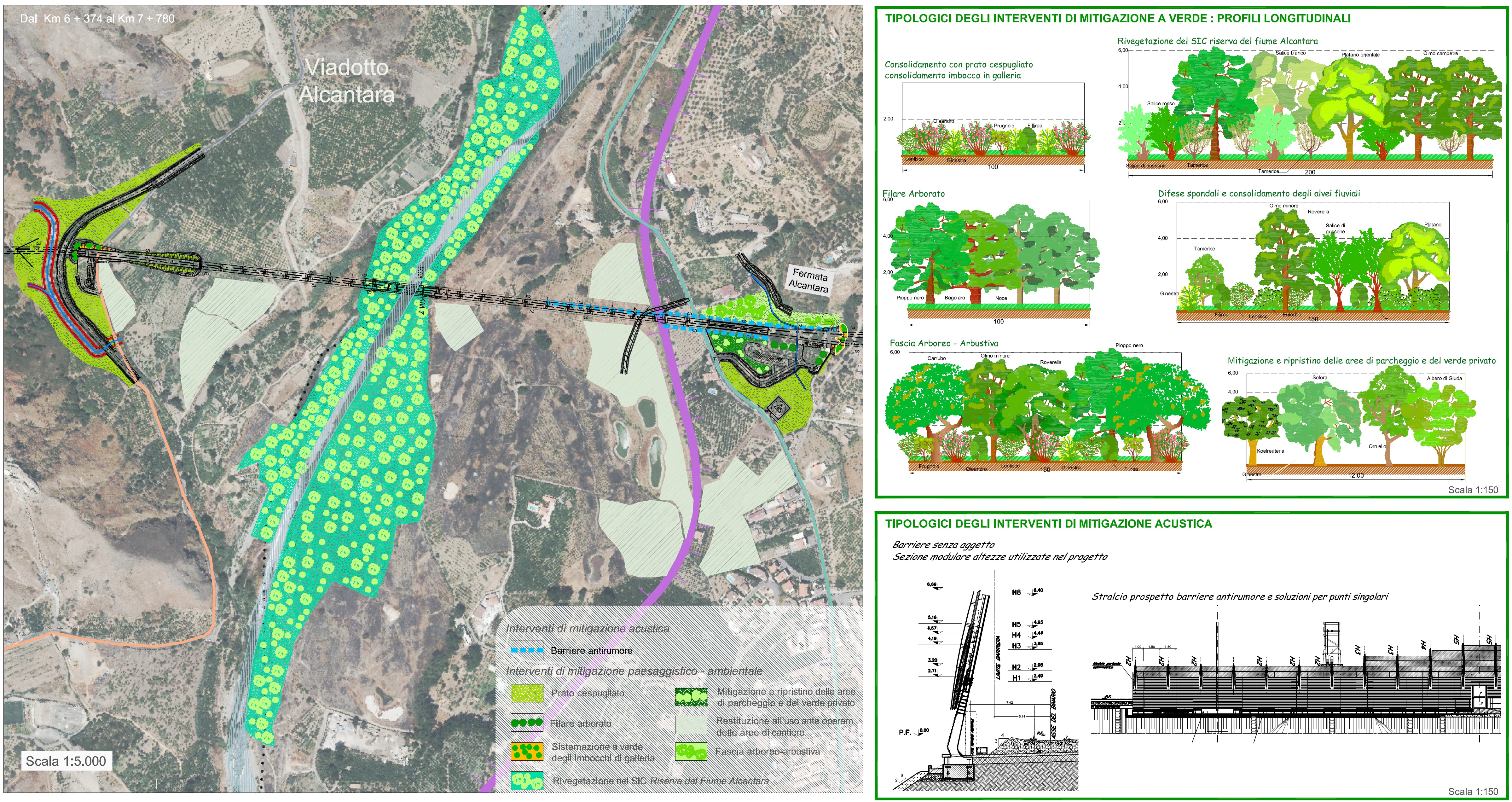 The services offered by VDP for the development of the Landscaping Report range from the identification of the general criteria for the proper setup and preparation of the Report, up to the assistance to the Proponent during the formal procedures. 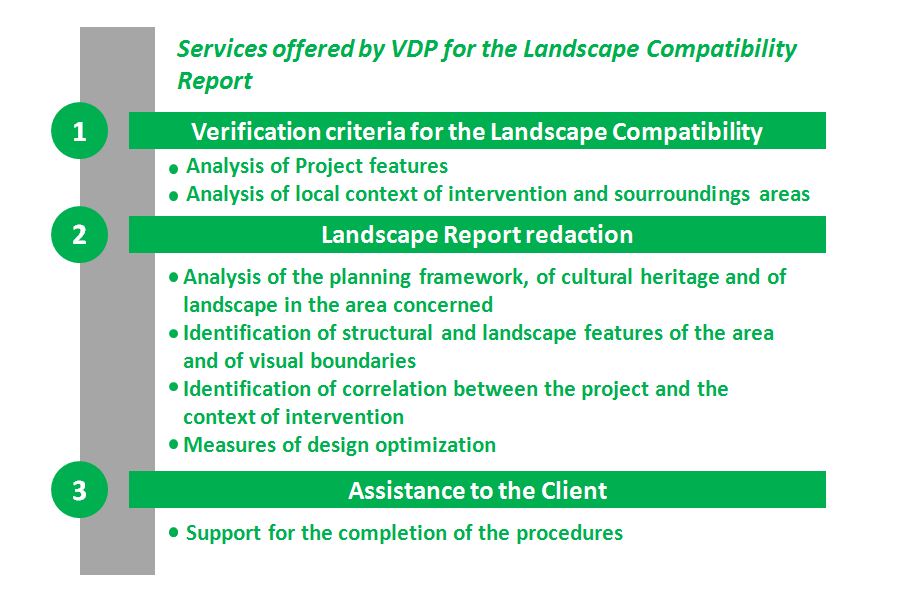 During the activities for the preparation of the Landscaping Report, the following issues are addressed:

Particular attention is paid to the focus of aspects related to mitigation and compensation. The possible mitigation design choices are shared with the Client.

Different mitigation design choices are presented through photo simulations, which allow a comparison between the state of the places before, during and post-construction. With photo simulations is possible to verify quality of choices made and appreciate the effectiveness in achieving the objectives of landscaping inclusion and mitigation. 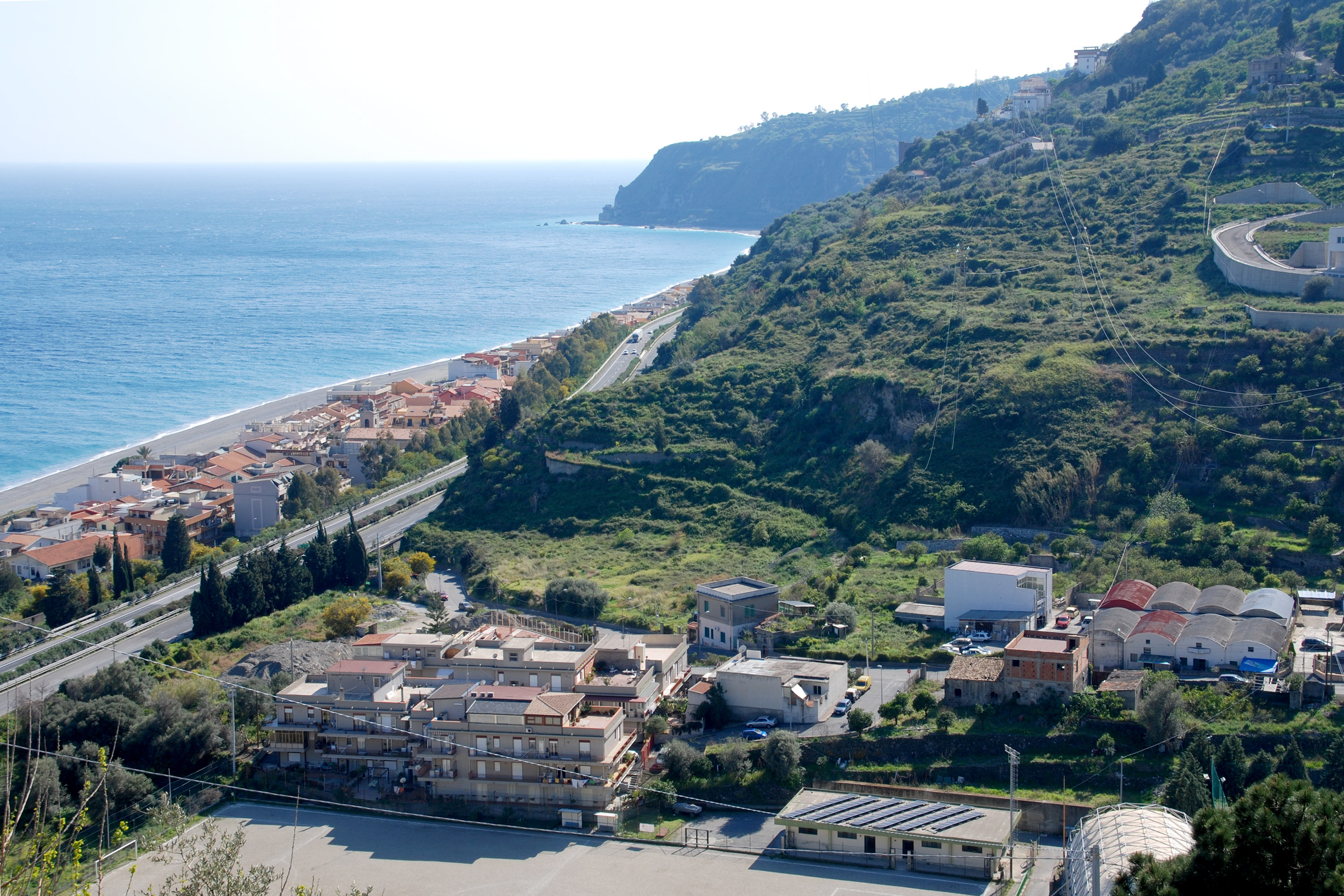 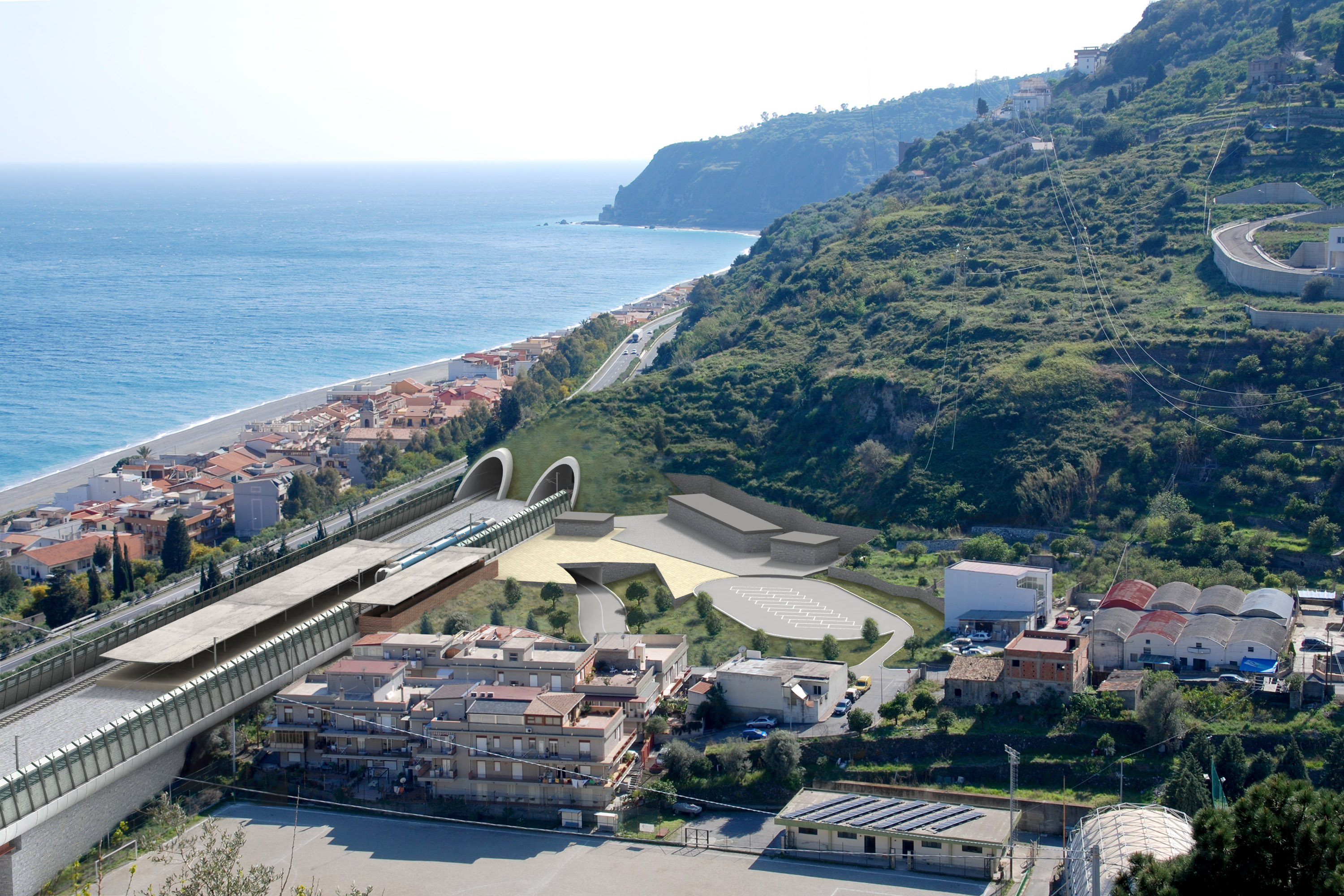